Successful social and economic development of any country associated with existing investment funds. From investment resources at the current stage of particular importance are foreign investments. Today, no country in the world can not fully meet their industrial and consumer needs only its own resources, no matter how developed or were these countries. At the present stage it is contributed to a significant expansion of investment relations between the two countries, on the basis of deepening the process of integration of national economies.

At present, the acceleration of scientific and technological progress and expansion of innovation activities introduces the agenda of the further strengthening of the role and value of foreign investments. This is clearly valid the following fact: if, during the First World War, foreign investment accounted for only 10% of all investments by the end of the last century, their share has grown three times.[2;42]

At the present stage of globalization countries, both developed and developing economies and passing, are keenly interested in expanding foreign investment. It should be noted that most of the financial resources of the world are mainly concentrated in developed countries. Organizations and companies in these countries have a greater part of the global financial resources. In addition, foreign direct investment are growing very rapidly in world. Over the past 30 years of the last century they have increased from 100 billion to 6.8 trillion dollars, which indicates a deepening of the globalization of the world economy.

In Georgia, the need to attract foreign investment in the country is dictated formed unfavorable economic conditions: low economic growth, high unemployment and low living standards of people, non-existent for the involvement of the individual sectors of the economy means that are necessary for the creation of industrial and social infrastructure.[4; 108]

For the passed period of economic reform of important measures have been carried out in Georgia in order to attract foreign investment for its promotion, protection and creation of legal and regulatory framework. In consequence of these measures are implemented improvement of legislative and regulatory framework and improving the investment climate, so that the inflow of foreign investment has tended to increase, as can be seen in the figure 1.

The influx of foreign investment in Georgia is directly linked to the economic reforms in the country. At the initial stage of privatization of state property (1995-1996.), Georgian Foreign investment is practically not carried out (except for 3.753 million dollars Ukrainian investments).

The influx of foreign investment in Georgia is directly linked to economic reforms conducted in the country. At the initial stage of privatization of state property (1995-1996.), Georgian Foreign investment is practically not carried out (except for 3.753 million dollars Ukrainian investments).

In 1997-1998 the flow of foreign investment in the country gradually increased, but in the subsequent period (until 2002) the figure was characterized by a trend of decline, which was due to the imperfection of the legal framework for investment, high levels of corruption, unstable political situation in the country and other.[5;118]

Since 2003 the flow of foreign investment in Georgia characterize trend in 2007 exceeded 2 billion figure USD. As for the next, 2008, the inflow of foreign investments in Georgia in comparison with the previous year, decreased by almost half a billion dollars, ie, by 23%, which was due to the well-known events of August 2008. The subsequent annexation of the territory of Georgia by Russia is much worsened the country’s investment image and, accordingly, reduced the volume of incoming investments in the country. In particular, in the third quarter of 2008, compared to the previous quarter, foreign investment decreased by 605.4 million up to 134.7 million dollars that is to 77.8%.

As a result of the efforts of the international community and the Government of Georgia, despite some increase in foreign investments in the fourth quarter of last year, and this year the figure has tended to decrease. In particular, the country has become 134 million in the first quarter of 2009, and in the second quarter — Only 92.2 million of foreign investments, overall incoming investments in the first half of 2009 amounted to 36.8% -a similar index of the first half of 2008, decreased by 2.7 or more.

Consider the recent years. According to the Georgian Department of Statistics, in 2013 the amount of foreign direct investment amounted to 914 million US dollars. In the previous year, 2012, the figure for the same period amounted to 912 million dollars. As you can see, in 2013 there is an increase of 2 million US dollars. It should be noted that in 2013, even more than on a quarterly basis in 2012 for investment performance. Despite the fact that each subsequent quarter of the year is considered to be more active than the previous one, kvartal2013 IV of the year it was economically the most passive. Similarly in terms of investment. For example, in the IV quarter of 2013 to 217 million. Dollars of direct investment was carried out, which is 7% less than the previous same period. [1]

The largest volume of foreign investments was recorded in the III quarter — 239 million US dollars, exceeding the prior-year period by 20%.. According to the II quarter 2013 index of investment over the same period of the previous, 2012 at 7%. However, investments made in the I quarter of 2013 amounted to 226 million.USD, which is 16% less than the same period last year.

In parallel with the growth of foreign direct investment, the share of public investment in their total volume is reduced, with a corresponding increase in the volume of private investment, both in absolute and percentage terms. The consolidated budget of the 2013 acquisition of nonfinancial assets (which represents an investment by the State) amounted to 544.5 million GEL.[1]

According to the National Statistics Service: fixed capital formation during the same period amounted to 4 billion 193 million GEL. Accordingly, public investment in total investment amounted to about 13%, accounted for the private investments — 87%.

In 2012, the acquisition of nonfinancial assets amounted to 1 498 million GEL millird and fixed capital formation in general — 6 billion 496 million GEL. That means that in 2012 the total volume of investments carried out by the share of public investment was approximately 23%, respectively, private — 77%.

According to statistics, 2009-2012, as we have noted above, the share of public investment in their total volume decreased both in absolute gross and percentages. As you can see, this process continues today. 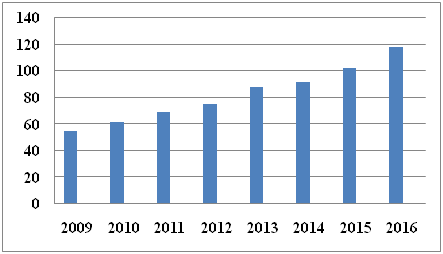 Figure 3. Private Investment(in % to the Total Volume of Investments)[1]

In the fourth quarter investments dropped again. Eventually, in 2013, recorded an increase in foreign direct investment — is insignificant. Accordingly, as a result of the analysis of these data, we can not say the situation has improved or worsened in the field of investment.[6;38]

Analyzing all the above, we make the following conclusions:

The improvement of the investment environment of the country, increasing the volume of investment and efficient use of the active role given to government regulation, the development of proper investment policy and its smooth implementation.

In attracting foreign investment strategies should take into account the accompanying negative results. In particular, in the context of an acute demand for investment The government should not allow the market mechanism to turn the country into a resource appendage of foreign states.