Modern economic situation in Russia influences the labor markets. Every region has got its peculiarities. The main purpose of our scientific work is to give definition of labor market and study the peculiarities of this market.

Samara region takes 11-12th place among Russian regions in the number of the working population and has a high level of employment – 67,7%, which is higher than in Russia, which is equal to 63,4%. The main purpose in this article is to identify problems in the regional labor market of working professions.

The labor market is one of the most difficult markets which exist and function. There are many definitions of «labor market», three main approaches to the consideration of this concept has been allocated in the course of the analysis (picture 1).

Demand in the labor market is influenced by the following factors:

Supply in the labor market is influenced by the following factors: 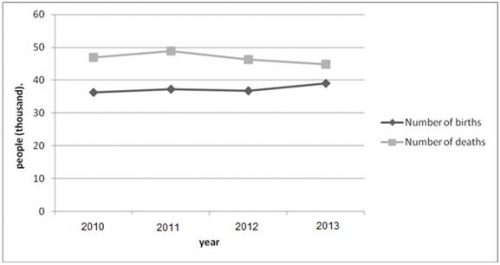 Next we can see the composition of the economically active population in the Samara region (picture 3). 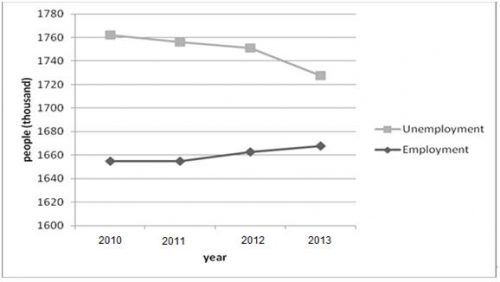 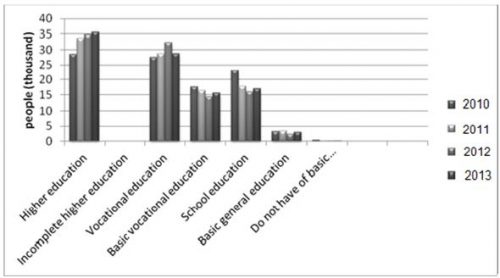 Picture 4. The distribution of employment in the economy by education level

People with higher education is dominated in the Samara region (35%), the second place is vocational education (28.7%). But it is very important that the region has a problem with employment of graduates who do not have work experience [2, p. 58].

Next we can see professions which have very high demand. The results are presented in picture 5. 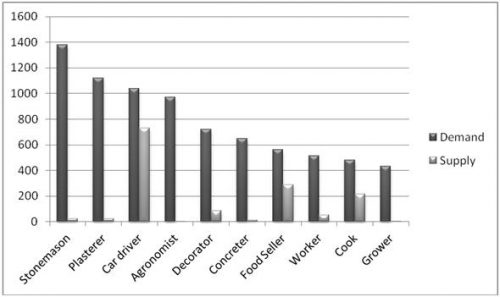 Demand is higher than labor supply, the highest imbalance we can see in areas such as construction; the industry has not enough working such as stonemason, plasterer, painter and concreter. According to the analysis, we see that for every 4 resumes we have 10 vacancies [1, p. 64].

Skilled workers are sorely lacking, while young people seek to obtain higher education. According to a survey conducted by the All-Russian Public Opinion Research Center, both legal and managerial professions are considered to be the most prestigious. The economists have the second place and in third place there are medical workers. Only 5% of parents want to see their children as skilled workers.

But the employers in Samara region have special requirements for the applicant’s competence for legal and managerial positions. Due to the State project of the Special Economic Zones PC competence and knowledge of foreign language are in high demand [3, p. 50].