ON THE PRINCIPLES OF TEACHING NON-NATIVE LANGUAGE

Nowadays the State educational standard is the basis of common conceptual language education in Kazakhstan, and it is designed to provide the legal framework for the state cultural project «Language Trinity». The process of multilingual education in the Humanities universities of Kazakhstan is considered. Special attention is given to the methodological assumption of the educational process of teaching university students Russian and English Languages.

Key words: Russian languages ​​in the humanities, the levels of language, methods of teaching.

Linguistic preparation of the students in specialized professional schools as Economics, Finance and other majors is practiced on the 2-3 year of studying. In current conditions, language teaching has a special place in the system of professional training in higher education institutions in the context of the implementation of language policy as a part of the national policy of the Republic of Kazakhstan. Taking into consideration the tendencies in the reorganization of language education in Kazakhstan, now it is safe to speak about a qualitative change in the rating of language courses in the system of higher education in Kazakhstan. During the year of independence, Kazakhstan has a new generation of young people, involved in the formation of a new language situation. The analysis of papers (Proect Gosudarstvennoy Programmy Functionirovaniya i razvitiya yazikov na 2011 – 2012 gody, 2010) provides an opportunity to note the consent of opinion on the issue of a positive motivation to learn languages by the students ​​studying at higher education institutions. New linguistic construction in the country is caused by a number of problems: weak methodology of teaching the state language, insufficient level of training linguists — teachers, reducing of language culture in the society, the lack of foreign language specialists.

In the framework of our study, this problem is dominant. The aim of our research is to find some of the ways to solve this problem, as it reflects the results of the conceptual, educational and methodical organization of language teaching.

Currently, the general conceptual basis of language development in Kazakhstan is «The State program of languages functioning and development: 2011-2020» (Proect Gosudarstvennoy Programmy Functionirovaniya i razvitiya yazikov na 2011 – 2012 gody, 2010), which is designed for ten years of implementation. The main objective of the program — the expansion and strengthening the social and communicative functions of the state language, the preservation of common culture features of Russian language, the development of other languages ​​of Kazakhstan, to assist in the development of English and other foreign languages. This aim is based on the analysis of language construction, existing in the country, taking into account the recommendations of expert-scientists studying the language problems. In the framework of the State program of functioning and development of languages, ​​the realization of a national cultural project «Language Trinity» (Yaziky triedinstva (kazahskiy, russkiy i inostrannie yaziky), 2010), which establishes the rules for the content and the level of bachelor preparation, the volume of workload in Kazakh, Russian and foreign languages, has started. The requirements and rules given above, aimed at developing intercultural communicative competence of students of various specialties at the level of the basic standard.

Areas of the Language Project Realization

At universities in Kazakhstan, three languages are taught at the same time: the state (Kazakh), Russian and one of the foreign languages. The conceptual framework for the implementation of the cultural project «Language Trinity» is provided by «The concept of foreign language education» [3], «The concept of language education of the Republic of Kazakhstan», which take into consideration the experience in standardization and ranking levels of training on the integrated model of two European standards. Thus, a single, unified educational, linguistic and socio-cultural space is formed. Centralized management system is coordinated in all languages of ​​trinity to assist: 1) to preserve the Russian language functioning 2) the preservation and development of the languages ​​of ethnic groups living in Kazakhstan, and 3) in the studying of English and other foreign languages ​​as a means of business cooperation.

Coordination of ​​trinity of the languages to maintain the level of proficiency in Russian language, a distance learning program has been established in Kazakhstan, electronic and interactive tutorials, multimedia teaching aids are used. Russian language teachers are sent to Russia regularly for further training. To preserve the languages of ethnic groups, the written heritage of ethnic groups are kept in archives, libraries and research. In order to promote the study of English (and other languages) curriculums are updated, the training of teachers of foreign languages is activated and enhanced, the practice of inviting the native speakers as teachers of English, is widely used, which is reflected in Figure 1: 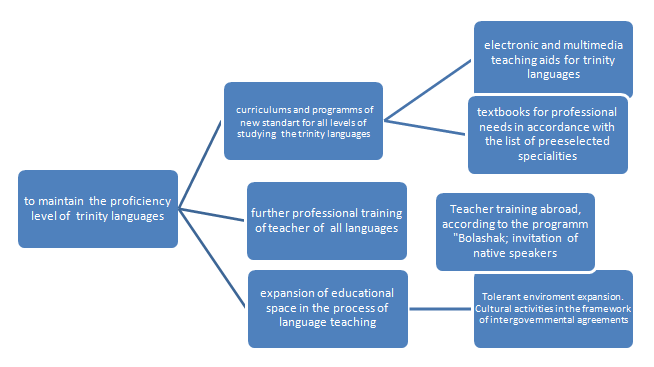 Figure 1: Areas to maintain the level of language proficiency.

The emphasis in the program of functioning and development of languages ​​is made to the practice of continuous language education, which should provide a high level of state language of every citizen of the republic, the preservation of the linguistic richness of society in Kazakhstan.

The thematic complex, consisting of a case study is considered as a tool for professionally-oriented language teaching of bachelors in all specialties and fields of study. Among the most effective methods of linguistic training is the case method, the content of which represents the self-training language activities for the students in an artificially created professional environment. Students are encouraged to reflect on the situation of professional activities, which are supposed to be solved. In the process of solving the problem, students are forced to actualize complex of acquired knowledge, required for it. Case method takes into account the professional training of students, their interests, style of thinking and behavior, which makes it possible to use extensively for teaching languages, profession. The basis at teaching languages of complex thematic analysis is the specific situation of the professional activities presented in the textbook according to the students’ specialty. One of the main tasks of the teacher, who uses the case method, is to involve students in the analysis and problems solving. To do this, the fulfillment of two requirements is important: Case material must be of professional interest to students and provide opportunities for student’s personal contribution to his/her education and to the education of their «team».

Dialogue and debate within the case study is preceded by work on vocabulary and grammar, designed to help participants to express clearly their thoughts and convince the person or several members of the group that he/she is right. Only those grammatical topics are considered, which are relevant to real life situations in a particular occupation. The emphasis is done on learning the terminology lexicon and its use in professional activities.

The obvious reasons are the needs of society and its social order. For example, in Kazakhstan, after acquiring the status of an independent state, there was a need for the full functioning of the state (Kazakh) language, to preserve the languages of ethnic groups, to master foreign languages ​due to the expansion of international contacts. The cultural project of students’ multilingual education is based on an analysis of language construction, set in the country. In modeling the content of language teaching as a basis for differentiation in the levels of students ’language proficiency, a well-known model of «Common-European standards of language competence» is taken. Thematic complex, consisting of case analysis, role-playing games and multimedia presentation is seen as a tool for professionally-oriented language teaching of bachelors of all specialties. The case method is one of the most effective methods of linguistic training as it presents independent linguistic activity of the students, in the artificially created professional atmosphere.