The diagnosis of pleural diseases despite the progress of the clinical, paraclinical, and morphological methods is still difficult. In this anatomic region are developed few primary tumors, with the most common being the malignant pleural mesothelioma (MPM). – an aggressive tumor with unfavorable prognosis. [10, p. 883], [9, p. 1407] This is also the location of numerous metastases from various malignant neoplasms. In the pleura are also often developing various acute and chronic inflammatory processes. The correct morphological diagnosis leads to a too diverse prognosis for the diseases, strains the pathologists with great responsibility related to both medical issues and social and legal aspects. [1, pp. 601-602]

The uncertain clinical diagnosis of the pleural diseases often imposes the examination of tissue biopsy material. [7, p. 25] An option how to avoid the invasive operative procedures is the cytological examination. Today, its application is widely spread. It evaluates the morphological changes of single and groups of cells obtained from the pleura through thoracocentesis. According to most authors there are no absolute contraindications for performing this manipulation. [2, p. 402] Because of the great advantages of the cytological method of examination (simple way of obtaining material, possibility for repeated testing, quick making of preparations and consequently for an answer – from minutes to several hours), it is applied to a wide range of pleural diseases. In many pathological processes, especially with tumors, the cytological diagnosis is a necessary basis for determining further behavior and treatment of the patient.

Aim: The aim of this study was to improve the morphological diagnostics of malignant and non-cancerous pleural diseases by pointing out the advantages and disadvantages of the cytological method, which is widely used in the diagnostic practice.

Materials and methods: The biopsic database of the Clinical Pathology Ward at Sveti Georgi University Hospital in Plovdiv was used. The data from a 7-year period (2007-2013) was analyzed.

The material was obtained from pleural fluid for cytological examination through thoracocentesis. Conventional methods were used to process punctates and coloring: mainly with H&E and May-Grunwald-Giemsa.

The biopsy material for histological examination was obtained from patients via VATS (video-assisted thoracoscopy) and open biopsy of 859 people.

The pleural diseases were divided into three main groups: Table 1

Pleural diseases according to biopsy material (2007—2013)

Results: The distribution of patients by nosological units included inflammatory pleural diseases represented by acute pleuritic (n=72), chronic pleuritic (n=142) and tuberculosis (n=5). With the non-cancerous pleural diseases the men were 144 (65.75%), and the women were 75 (34.25%). The men:women ratio was 1.92:1. Most numerous were the cases which only accounted for lack of tumor cells (n=544).

The tumor diseases in the cytologically examined material were 171 cases (17.27%) out of all the pleural diseases. Out of them the men were 89 (52.04 %), and the women – 82 (47.96%), with the ration being 1.08:1. The analysis of frequency of distribution of the patients by sex and age showed that most tumors were diagnosed cytologically in the age group of men and women of 60 to 69 years (29.62%). The tumor cells from metastases of unknown primary site of infection were observed in 98 (57.30%) of the cases, and those with established primary location were 70 (40.93%). Primary pleural tumors were determined upon examination of cytological material only in 3 (1.77%) cases of MPM. Another group of cytological examination was also separated, which was called questionable finding of malignancy – n=56.

The distribution of results from the cytological examination was shown on Fig.1.

In 17.27% of the cases were found certain tumor cells, but out of them d 45.61% were determined by the nosological principle, while the others remained undetermined. Similar results were observed in the analysis of PAP smears negative for tumor cells. Out of all the results negative for tumor cells, those specified by a nosological principle were 28.70%, while the others were only defined as negative, with no other clarification. There was a significantly smaller share of the cytological results questionable for malignancy – 5.66%. 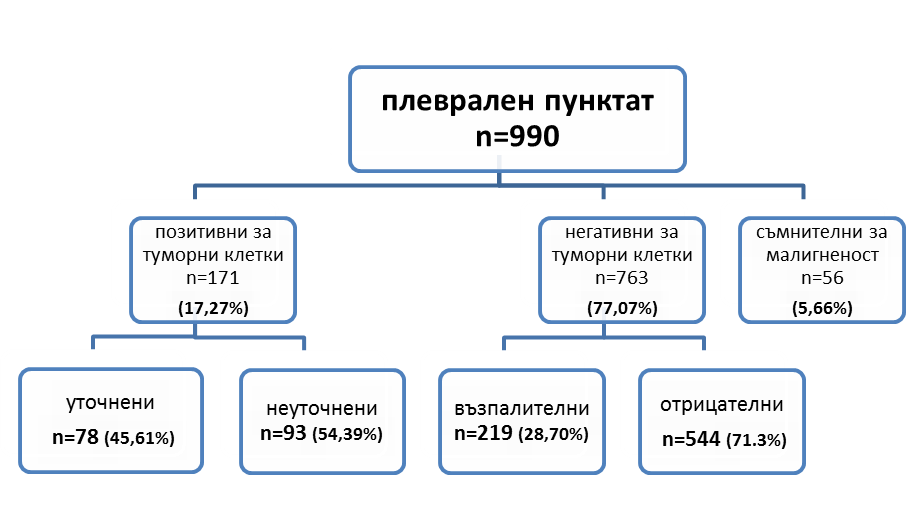 Figure 1.   Distribution of the results from cytological examination of pleural punctate

In some cases it was necessary to make a multiple pleural puncture and cytological examination. According to most authors there were no absolute contraindications for performing thoracocentesis. [5, p. 1-8] With 54 people it was performed multiple times and with 11 (20.3%) of them it was possible to find tumor cells. There was an even greater percentage of confirmed results for questionable malignancy. Out of 56 cases, 41 were followed and repeated.  In 18 (43.9%) of them was confirmed the presence of tumor cells. The repeated examination of pleural liquid slightly increased the percentage of correctly diagnosed cases, whereas in the cases questionable for tumor cells, this percentage rose twice as high. This shows that with results negative and questionable for tumor cells, the repeated examination has a good diagnostic value. [5, pp. 1-8], [2, p. 415]

As seen in the presented data, the cytological method was particularly widely used, but with comparatively limited diagnostic abilities. In comparatively few cases it can give a correct morphological diagnosis. 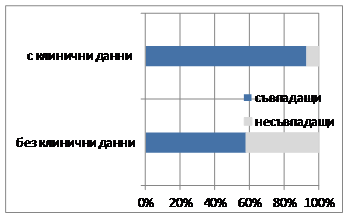 Figure 2. Agreement between clinical and pathological  diagnoses in cytological examination

An objective assessment of the possibilities of the cytological method was made based on statistical processing of the materials by the respective formulas for positive and negative predictive values and accuracy of the examination. The results obtained are shown in Table 2.

Specificity, sensitivity and accuracy of the method of cytological examination. 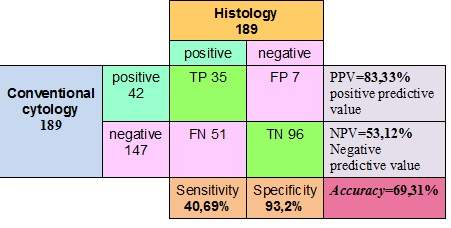 The formulas used to calculate the results are:

Discussion: The diagnostic algorithm for pleural diseases also requires a cytological examination to determine the presence of pleural effusion.    According to most authors, there are no absolute contraindications to perform thoracocentesis. [3, p. 349] Multiple examination of the pleural fluid slightly increases the percentage of accurately diagnosed cases, whereas in the cases with doubtful tumor cells this percentage becomes twice as high. [5, p. 6], [2, p. 410]

The difficulty in interpreting the cytological results is due to the expressed plasticity of mesothelial cells and the similar cytological traits, mainly for MPM, benign mesothelial proliferation and metastatic adenocarcinoma. [8, p. 68-81] The data on positive and negative predictive value of the cytological method shows that this method is significantly more certain in proving the presence of tumor cells (83.33% with confirmation by histological examination) and less certain in confirming the benign cell findings (in slightly more than half of the cases – 53.12%). It means that the false-negative findings in the cytological examination prevail over the false-positive.

As a whole the accuracy of this method is 69.31%, with comparatively low sensitivity (40.69) and high specificity (93.2%). Similar data was also found in other authors. They think that increasing the sensitivity of the method depends mostly on the experience and specialization of the pathologist evaluating the cytological changes. Good results were also observed in the diagnosis of metastatic adenocarcinoma of the pleura. [3, p. 370], [11, pp. 411-412]

Our data shows that the cytological examination is a good method for initial evaluation of benign and malignant lesions of the pleura, but it is too far in its results from the “gold standard” of the histological examination. For example, the diagnosis of mesothelioma was placed 18 times cytologically, but was confirmed histologically only for 3 patients (16.66%). Today pathologists working in specialized clinics of thoracic surgery use increasingly more often the immunocytochemical study to evaluate tumor effusions. In our country the method is still not widely spread because of the technological requirements and the necessity to use a panel of antibodies, which makes it more expensive and inapplicable in the common practice of pathologists. According to previous data in the literature this examination significantly increases the sensitivity of this examination up to 67% and the overall accuracy up to 86% with very few false-positive results. [4, p. 35]

Our study found that for accurate evaluation of the cytological materials, it is of great importance to have preliminary clinical data and a good team of a clinicist and pathologist.

The cytological method has a relatively good accuracy, high specificity and low sensitivity. Its good predictive values make it suitable for tracing the stage of development of tumors in the pleura and for finding relapse, but it is not accurate enough for a final diagnosis of malignant pleural diseases. It is a good method to prove the presence of tumor cells with metastatic carcinomas of the pleura, but it cannot be used for the definite diagnosis of the primary pleural tumors and especially MPM.

Due to its high specificity, it can be used to reject the existence of a tumor process, but within the limits of the specified accuracy. This means that in case of persistence of clinical complaints, lack of reduction in the volume of pleural effusion and two examinations with negative results for tumor cells, it is imperative to perform a biopsy to obtain tissue material.