2— Department of Geodesy, Agency for Land Administration and Management, Geodesy and Cartography,

Satellite based positioning systems are widely used for various applications. There are several error sources that causes the estimated position and time measurements from satellite based positioning systems’ receivers such as GPS and GNSS to be inaccurate. The one of the significant error sources is tropospheric delay. The troposphere is the lowest layer of the atmosphere near the earth that causes the largest error source of pseudo-lite signal as it propagates through the lower troposphere, and the thickness of it is 9-16 km. The GPS signal path through troposphere depends on temperature, pressure, height, latitude, and humidity (Gurtner, et al. 1989). It is necessarily to correct the signal delay caused by the troposphere. This paper reveals the importance of the tropospheric delay modeling for precise baseline parameter estimation by assessment of tropospheric delay models, and mapping function used to model the tropospheric delay in Mongolia at different elevation angles (0°, 5°, 10°, 15°, and 20°). The paper also discusses the advantages and limitations of these models. Trimble Geomatic Office (TGO) software is used to analyze the data in the current study.

The indispensability of the Global Positioning System (GPS), or generally the Global Navigation Satellite System (GNSS), in modern geodetic techniques and other disciplines has necessitated investigations into the various errors affecting the system. Following the emission of signals by GNSS satellites, their propagation through the atmosphere to the receiver is delayed by the different refractive indices of the various atmospheric layers (Shrestha, et al. 2003). Two main atmospheric subdivisions can be distinguished based on the way radio waves are propagated. These are: the ionosphere and the troposphere.

The ionosphere is the upper part of the atmosphere and is a region of charged particles with a large number of free electrons. It is a dispersive medium with a frequency-dependent propagation delay. The ionospheric bias can be mitigated using dual frequency GPS receivers. The troposphere however, is the lowest part of the electrically-neutral region of the atmosphere spanning from the earth’s surface to about 8km at the poles and 16 km over the equator (Rizos, et.al 1997). It is non-dispersive in nature and thus delays signals in a manner completely independent of their frequencies. The troposphere is an unstable layer, with significant atmospheric turbulence due to vertical convection currents, particularly within its boundary layer i.e. the lowest 2 km of the troposphere (Kleijer, et.al 2004). Tropospheric delays can be separated into two main components (Hofmann-Wellenhof, et.al 2008).

Unless tropospheric delay effects are corrected, the height component of positions would be inaccurate especially in space-geodesy applications including sea-level monitoring, post-glacial rebound measurements, earthquake-hazard mitigation, and crustal motion studies (Shrestha, 2003). These considerations are critical reasons for tropospheric delay modelling. It also gives credence to the incorporation of tropospheric models in most commercial GNSS processing software. The availability of different tropospheric models is a further premise for probing into the impact of each of these models on baseline processing.STUDY AREA

We used the result of dual frequency static measurement of nine GPS stations which are located Ulaanbaatar, Darkhan, Erdenet, Khovd and Arvaikheer in Mongolia. The network consists of 9 stations and various different length of 36 baselines as shown in Figure 1. The DA01, ER01, UB01, UB02, and 5026 stations are permanent GPS stations. This network gives an opportunity to analyze various baseline lengths ranging from approximately 1km to 1300km. — No model applied /NONE/

These models have a variation in accuracy. The effect of an error in all models of the tropospheric delay increasing with the elevation angles.DATA

The location of stations, dual frequency receivers and their antenna types are shown in Table 2.

Table 2. Characteristics of GPS data used in this research

According to the Mongolian National Geodetic Accuracy Standards and Specifications for GPS/GLONASS Relative Positioning Technique, regarding as its lengths we classified the baselines into five categories illustrates in Table 1. For used network, there are 36 baselines in which 8 are AA class, 7 are A class, 14 are B class, 3 are C-1 class and 4 are C-2 class.

We used Trimble Geomatics Office (TGO) at the processing stage, a popular Commercial GNSS processing software, which is one of the various Trimble products used in over 100 countries around the world (Neal, 2008). General flowchart of data processing in TGO is shown as Fig.2. In the following analyses, the discrepancies in the three coordinate components compared to the reference coordinates were firstly calculated. The performance of each standard tropospheric model can be characterized by the Root Mean Square Error (RMSE). It can be seen from Table 3 that by applying any standard tropospheric model in the baseline estimation step, accuracies of coordinates in both horizontal and vertical components are improved. In addition, all RMSE values indicate that the Saastamoinen and the Hopfield models tend to produce more reliable baseline results than the Simplified Hopfield model. 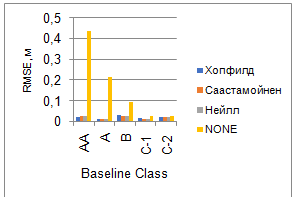 Table 4. Elevation angle and its accuracy